Hill no 6 - 97 The Tumble, Monmouthshire

It was a scorching day in Wales and I was ready for a big day of hill climbing. To ensure that we made the most of our time in this beautiful part of the world, I had to do 5 hills today - it was going to be tough. Well, it was one going to be made tougher when I got out of the car at our first hill and found out that Em had forgotten our packed lunch (and more importantly my water bottles for the bike!). I have to point out that Tom made me my sandwiches and I wasn't expecting Em to provide my food for me - she was responsible for relaying the bag from the house to the car though! 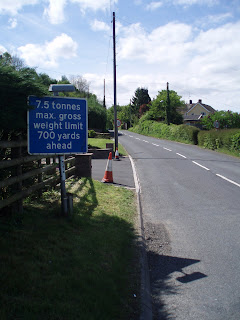 "One of the most feared and frequently raced climbs in Wales" - First up was the Tumble - I had heard of this hill - probably from reading about sportives in this neck of the woods that glory in the hardness of the climbs that they include (as if doing 100 miles in itself wasn't enough!) A 7/10 hill according to Simon Warren, it was also a fairly long one. A lot of the early part of the hill was in shade thankfully enough, but the later part you came out into sunshine and that made things hot and thirsty. Which I just had to suffer! As I got to the top, there was a beautiful large pond and I could see Hobbs was anxious to splash in it! 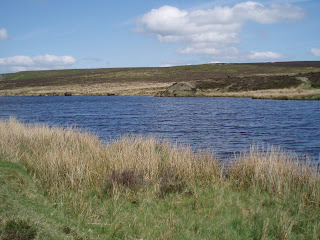 Garmin data here: http://connect.garmin.com/activity/81723423 says it took a shade over 20 minutes and was nearly 3 miles. Just to put it into perspective - I spend all of that time straining on the pedals, on a slope at over 8-9% all the way, without stopping. It is genuinely hard work and most of the slopes are so steep that you can't take any pace into the hill whatsoever. Simon says approx 22min, I think I beat it with about 19min.
Youtube video here: http://www.youtube.com/watch?v=bV7fujdAzrE 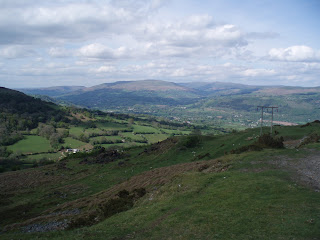 Next - Llangyidr Mountain (but I did have an ice cream first!)
Posted by mroli at 13:55