After the "highs" (quite literally) of Bealach Na Ba - it could have been that we were on a downer with the next days climb, but actually, despite only being a 6/10 ride, Cairn Gorm was a pretty challenging climb in itself!

Madly enough - as we drove there, we passed a beach - in the middle of the Cairn Gorm mountain range - we promised the dog we'd come back to it. 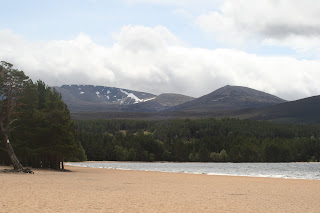 Always a bit concerning - as you start a ride as well, to see the hills ahead of you topped with snow! 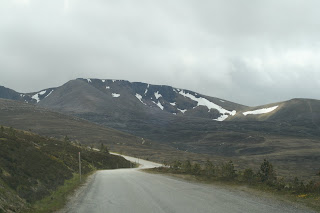 The hill didn't start too steep really, but the wind that had almost polished me off yesterday was blowing HARD on this climb which made things very interesting. In fact heading into the wind was giving the slope an extra 2/3 on the hardness scale I reckon!

Again - you start off below the tree line in amongst the pines and there was some respite from the wind here, but soon, you were out of that shelter and totally exposed to the buffeting - it felt at times as though someone was physically pushing you backwards! 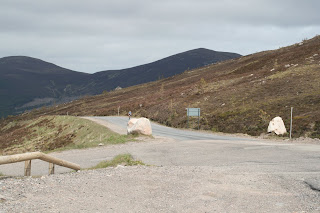 Properly beautiful again though - it must get busy here as there was an interesting one way system in effect (which gave me something to have to get my head around other than the wind!) - but there were other little things to attract the attention too! 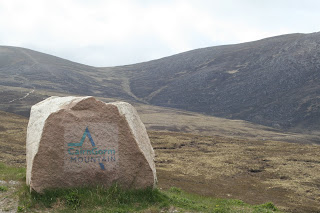 The climb ended up by a Ski centre and lift - that makes you think you have done a fair bit of climbing! 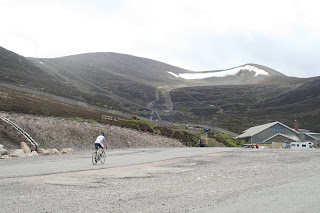