All things being equal, it should have been one of the epic climbs - a 10/10 monster that strained legs and mind. One that when conquered gave sweeping vistas and endless views, a climb that led up a mountain with the beauty to inspire poets and songwriters. 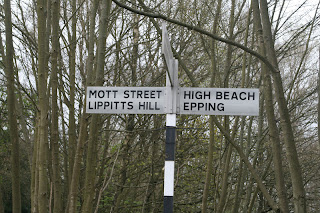 But my hill was called Mott Street. In Essex.

To be fair, this hill is in High Beaches - Epping Forest and it is not bad considering it is just inside the M25. Of course, it is not the steepest hill out there, nor the longest, nor (apologies to the good citizens of Loughton) the prettiest. But it is a hill in the book and my last hill.

So for one last time, I bundle the daughter, the dog and the wife into the car. I hoist my bike up onto the car roof (actually - when up there this time round it joined 2 other bikes and a tandem as we were heading back to Swain's Lane for a celebratory climb) and head off in the car. 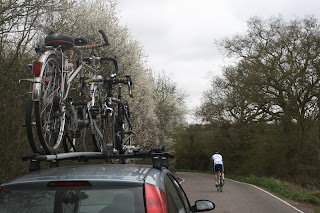 Of course, we hit London traffic straight away and take 35 minutes to get to the North Circular. Once there however, things start moving quicker and a trawl up the M1 and across the M25 and back down and suddenly I realise why my clubmates are talking about how easy it is to get out of London when you ride out "North".

Headed off on the climb and the first thing I noticed was that the road had been resurfaced - it wasn't the smoothest in the world, but it wasn't too bad. 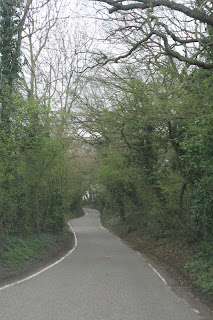 I don't think that it was the hardest climb in the world - didn't seem to get above 13% or so - in fact, I reckon Terrace Hill was probably harder, and I must admit that it kind of passed me by a little bit - my mind was replaying all the places we had seen and been and thinking of George too, how much we love and miss him. 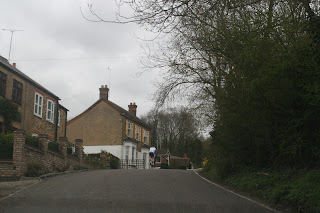 This was quite a lot to think about in a relatively short period of time and before I knew it, I was at the top of the hill with the climb "done". Wow. All done.

100 climbs in exactly 1 year. Took advantage of it being a leap year I guess, but still wow. A JOGLE may be harder, but doing hill climbs has dominated the past year of not only my life, but that of my family (and probably my friends) too. Holidays have been based on the location of steep hills and now, well, perhaps a week in the Norfolk broads beckons! 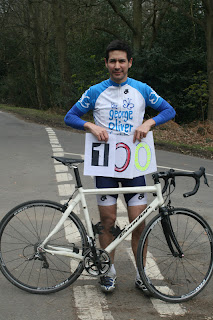 Thank you for sticking with this blog and the climbs - much appreciated and I hope you enjoyed them.