Incredible weather as we headed back from a lunchtime in Llangollen, so we decided to pick up one of the 3 climbs in Ruthin on our way back to make life easier for ourselves. After a little bit of "discussion" over where exactly the climb started (life would be SO much easier with little 100 climbs start and finish signs) - we worked out where we thought it would start and Em headed off on the car to find the top. 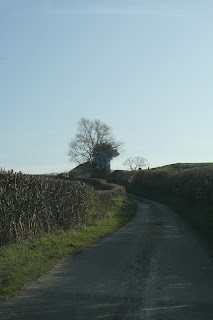 I got myself together and rather than basking in the sun headed off.
The initial part of the climb was pretty friendly - managed to get a decent speed up in places, despite the potholes that had been filled with press tarmac and chips and had spread across the road (and my tyres). 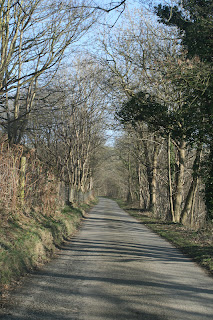 Apart from the road surface, I was able to bomb along the road, trying to cover as much as I could at a decent speed, whilst appreciating the remote nature of the road and the pretty houses alongside me!
A little bit confusing when I got to a choice of roads where a few houses were gathered, but the one that headed up left (and was the steeper of the 2) said no through road - so I headed up along the one that I thought I was right. 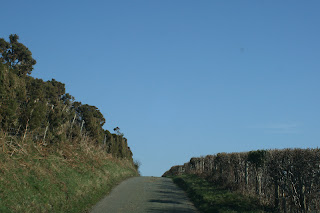 The road had water trickling down it (and mud and cow/sheep pats on it), so I tried to dodge them as much as possible. Still here the road was at a friendly 6-8% slope so it wasn't too bad at all and I only had my muddy backside to worry about!
The sides of the road were steeply hedged so I didn't get the full benefit of the sun, but it was making for an incredibly pleasant ride anyway! As I went along a bit, the hill dropped away to the right - and I understood why the climb was called "The Shelf" - it was just stuck onto the side of the hill!


As I climbed, I could see the sheep in the fields, rabbits legging it around, bumble bees coming out to gather pollen - all the sights and smells of nature. It was fantastic! Again though, the climb went on and on a bit - although you can't complain about that when you are chasing your shadow up the hill. 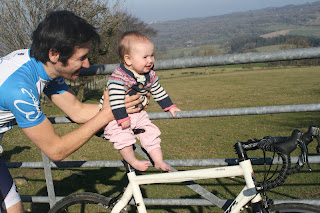 Again - the slope wasn't too fearful - it was more stamina sapping than leg-defying (or maybe i was just spoilt by yesterday's hills. It did ramp up in places, but was never anything that was too threatening. Having said that, I was a lot slower than Simon's "recommended" pace - so maybe it just isn't "my" sort of hill. Having said that, the view from the top (and on the way up) defo made it "my" sort of climb.