So to get to the start of Haytor Vale, I rode from the top of Widecombe and was slightly perturbed to find out that I covered the 6 miles in around 12 minutes – that was an average speed of 30 miles per hour and for me to keep that up, I must have been going downhill with the wind behind me for most of the way (on a normal ride, I would expect to keep a pace of around 20mph on the flat). 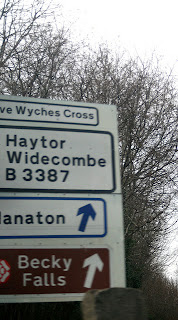 This was worrying as Haytor Vale was straight back up the way I had come. 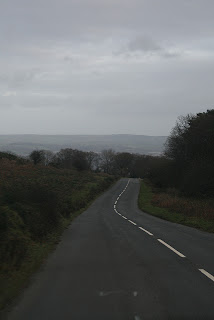 I was right to be worried – whilst the initial slopes (and indeed the climb) never really ramped up to the steep gradients of Dartmeet or Widecombe, it was long, unforgiving and into the face of the wind. 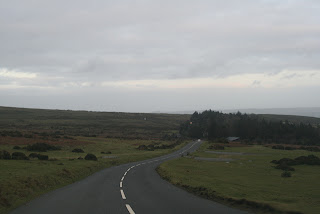 Basically, I think it would be incredible training for someone hoping to do an etape or something similar as the gradient seems to vary from about 5% up to about 12% and it just a long, continuous climb, occasionally getting tougher and then letting you have a bit of a break and then getting tougher again. 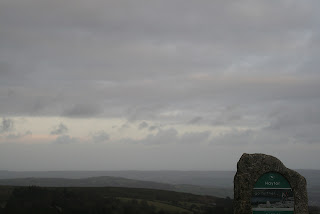 The wind was proving to be a factor as well as I was struggling a bit with fatigue in my legs – I think a short, sharp climb would have been better for me as I just had it in my head that I was going to suffer for a long time rather than knowing that I could just blast away safe in the knowledge that it was all over quickly. 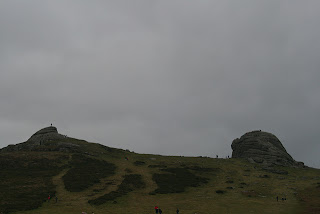 I finally got to the top (or what I thought was the top – Emily was parked up in a car park feeding Mila), but I wasn’t absolutely sure as although the road dipped a little – it went back up again, so I did carry on for an extra couple of minutes  (which was not needed).
I am typing this the same evening and my legs are feeling pretty sore – a lovely day’s riding though!
Youtube here: http://www.youtube.com/watch?v=5LaFOvSwxFc&list=UU_-Huk3Gbwz9QNbiVD1X_jw&index=2&feature=plcp
Flickr here: http://www.flickr.com/photos/100hillsforgeorge/sets/72157629508470571/
Garmin here: http://connect.garmin.com/activity/139757118
Posted by mroli at 10:36