The Cairnwell was another lovely climb - beautiful weather, blue sky and really nice. There was even a chance to get a bit warmed up – the hill didn’t really ramp up early doors – indeed it was a flattish bomb along with a few ups and downs, but plenty of time to admire the quite spectacular scenery. 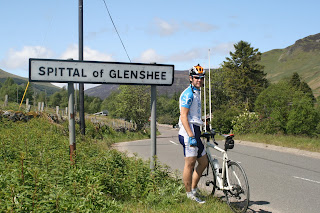 Somewhat unsurprisingly – my legs felt really “good” on this bit – and I was really enjoying doing the cycling equivalent of putting the pedal to the metal and having a look around - I think that it is right to start the climb back before this section so you can enjoy the build up.
After a suitable period of time though, the road does get harder, I knew the pleasure couldn’t last! The gradient picked up and kept climbing up a bit – the scenery stayed beautiful, but the hills seemed to be a lot closer to you than when you were bombing along! 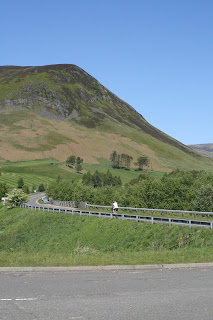 I do remember that there were these big long straights – that seemed to stretch out in front of you endlessly, with the heat and the sun, I was drinking lots from my bottle and working really hard to get up the hill. 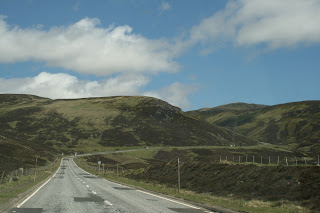 A massive change from the early part of the climb – and I was regretting having bombed along so merrily as my legs weren’t quite feeling as brave as they were earlier on. 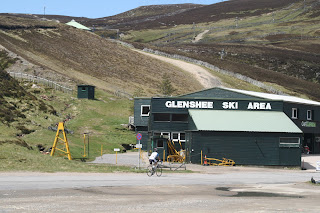 The “No-Stopping” signs were just mocking me now and at the end of the climb, my mind obviously starts to wander as I start prattling on about some sort of nonsense on the video. Again – you kind of drag yourself over the top and then it is a nice cruise to the Glenshee Ski Centre where I had myself a welcome sit down. 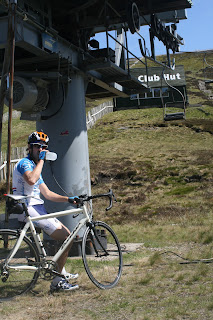