Not the toughest climb in the world, nor (thanks to the conditions) the most picturesque, but there was enough to get an idea about what a climb this would be in the sun (and how bad it would be in rubbish weather conditions!) 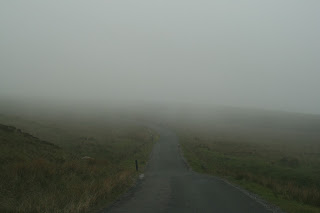 I have had some fantastic weather, so I really can't grumble on the odd occassion that I get rubbishy weather!
Only rating a 3/10 in Simon's opiniont, the hill did tend to go down(!) as well as up, but there were enough "up" elements to keep it a challenge and to keep you honest. A hill that you kind of race up, rather than grind up - and that's not bad thing!

I think this is a pretty well used hill in road races and it is wild and barren up here on the hill - other than that, I cannot say too much as it wasn't the best visibility - I hope the video gives you some idea of it though! 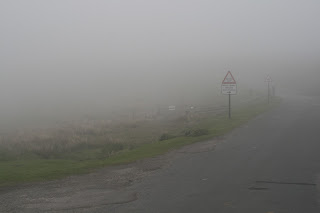 I really fancied some food at the famous Tan Hill Inn at the end of this, but they were doing an absolutely roaring trade and there was no way we were getting a table - at least not in sufficient time to allow us to keep to the rest of our climbing timetable! 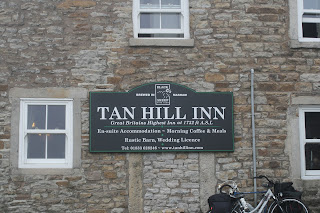