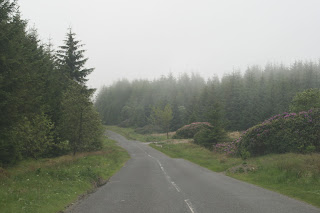 The bright sunshine of yesterday had dissipated somewhat and I was in much cloudier/hazier weather. I was not as hot as I had been yesterday and there was a distinct threat of more threatening weather conditions.

The difference was really noticeable - but as I say on the video, it could have been worse and at least I wasn't going to overheat too much! 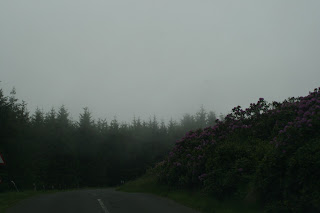 There was a little bit of unpleasant dodging through rabbit carcasses at the start of the ride, but there were plenty more live rabbits hopping in and out of the walls by the side of the climb.

Again - it was moorland as far as the eye could see - which given the poor weather conditions, was not very far at all! It kind of made you felt like you were cycling in a bit of a bubble - just plugging away in a world of your own, just merrily riding up the 10m of hill that you could see with a car every now and then puncturing your little bubble. 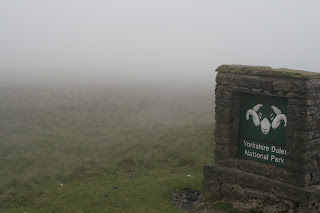 It seemed like a pretty consistent climb, but the higher up you got, the worse the weather conditions and visibility. Cars had their lights on and it was a stark reminder to me that if things could be this grim at this time of year - they could be a lot worse at other times of the year!

I'm afraid visibility gets pretty atrocious on the video. Maybe one day I'll come back on a clearer day and take some better video! 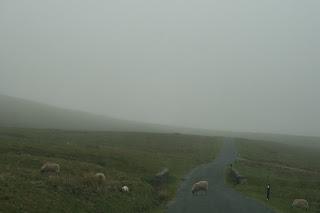