A bit of a contrast this one as it actually started somewhere relatively “urban”. When I say relatively “urban”, I do mean in comparison to the riding I had been doing the last few days – Lanchester was a pretty sleepy, pretty little town, but it was a thriving metropolis compared to where we’d been. 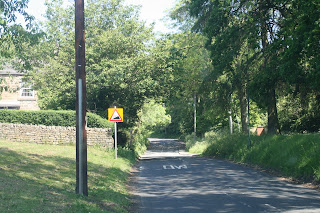 A cyclist was heading up the road before me – which was nice (because in the back of your mind there is always a target to chase down).
The heat was pretty amazing – the road was “sticky” and you could feel the squidge of the tar being soft under the bike – it was even sticking to the tyres a bit and picking up stones. I did resent this extra weight that I was carrying. 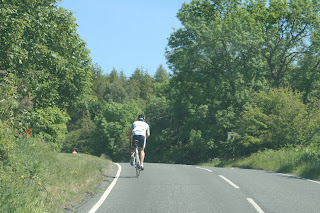 Again, another hill that was steep at the very start, but there was a nice bit through trees which I really enjoyed – the open climbs are amazing for views etc, but I just find the climbs through trees more enjoyable for some reason. 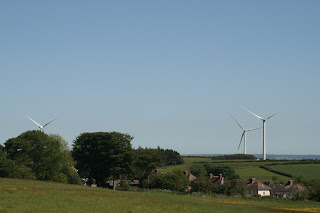 A little bit of a false finish and I saw the guy ahead of me, which really gave me the impetus to press down on the pedals, the little windy turns meant I lost sight of him every now and then, but I caught him, regulated my breathing and gave a cheery greeting (trying not to let him know how hard I had been working!) 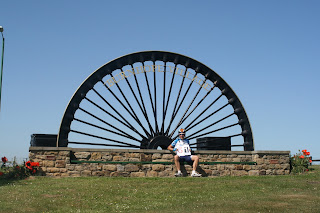