Struggled a bit to find the start of the climb - but a stop in a local shop and the fortunate appearance of a couple of cyclists from Leeds Uni showed us the right way quickly. It would have been easier to find this with a little bit of local knowledge - unfortunately this was something we were lacking. 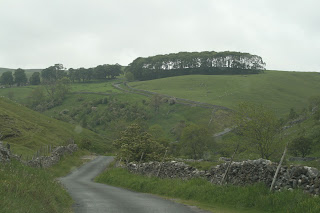 The other thing I was lacking was technical nous. I turned on my Garmin, but it wouldn't load the maps. I went frantic trying to work the bloody thing out, even trying to call tech support - but it was a weekend, I had little or no phone reception and I couldn't "save" the thing for this ride. Gutted. 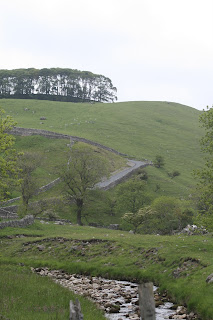 The ride itself was beautiful. Yes, beautiful, but blinking hard. Again - another climb where it is brutal fairly early doors (you can tell this by my lack of chat). It got flatter, but then I hit - well, I hit the wind. It was like being hit repeatedly by a sledgehammer and constantly being dragged back with ropes. Properly crazy stuff. 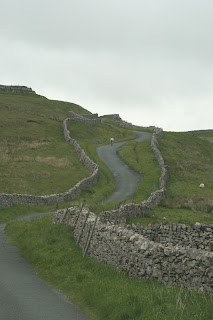 After the windy sections came the ridiculously steep sections - thankfully I didn't have too much wind to fight through on these parts, but it was more than enough, thank you very much! 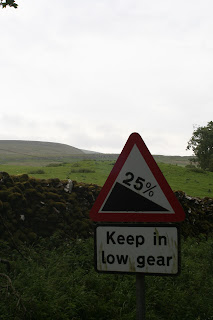 Keep in low gear indeed - I never got out of a blinking low gear! Garmin on blink, video camera gave out just before the end, but this was a tough, tough climb.
Youtube here: http://www.youtube.com/watch?v=INe-UPqvyt8
Garmin Data here: My Garmin packed up unfortunately - so I don't have the corroboration other than the photos and video!
Flickr here: http://www.flickr.com/photos/100hillsforgeorge/sets/72157628190629067/
Posted by mroli at 11:30