Next stop on the whistle stop tour of the hills of Yorkshire was that of Greenhow Hill.
At Pately Bridge, the climb starts (conveniently) by a pub. That somewhat less conveniently appeared to be shut. Again, I reluctantly got my kit and head together and started climbing up the hill. 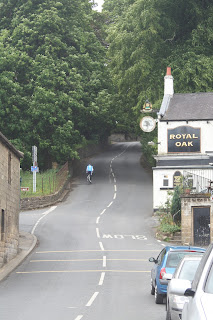 Thankfully there were no issues with this climb where I was starting from - this was pretty clear and that is often a relief! A short flat stretch and the road rears and ramps up past the pub. It was pretty steep and got me breathing and working hard. 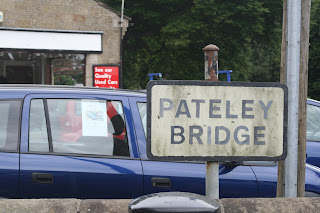 The hill then levels out a bit. The weather was ok, a bit overcast, but not too bad considering how it had been - coming out of the village, it was pretty idyllic and I really enjoyed getting my breath back on the flat section - there was even a little downhill dip! 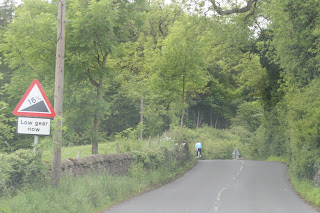 I did like the Low Gear Now sign - I didn't need any prompting to be honest, but it did make me smile. The second steep section wasn't back breaking, but was plenty steep enough and somehow I found myself in my lowest gear - which I wasn't really prepared for as I though I might have another! Again, it flattened out a bit and I was feeling my legs a little, so I span out rather than attacking the flat. You then hit the third section which was again around 16% - luckily here though, I saw a cyclist ahead of me and this gave me a great target to aim for. 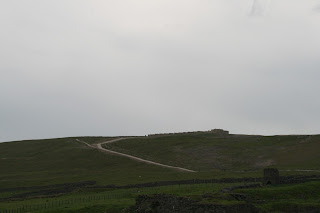 I stupidly had left my coat on and got pretty hot by the time I finished the third steep section - having managed to overhaul the other rider (didn't have enough in me to breeze past happily and was a bit out of breath when I said hiya). I then saw another rider to catch (which I did as it flattened out a bit (I think he was looking for his mate)) adn then another two who I picked up as it started going up again.

Conscious that I was stopping at the top (and they were probably riding on) I had to "put my foot down" and the climb wasn't as bad right at the very top.