Norwood Edge had to have one of the prettiest starts to a ride, starting off at some lovely old bridges on a river. The traffic was pretty busy - and there were a fair few bikers jagging around too - so although it seemed very idyllic, I was a bit more aware of traffic than normal. 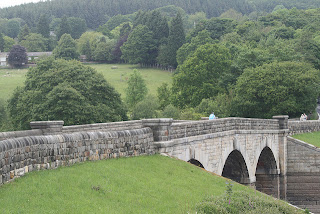 The hill started off fairly step right away - as you can probably tell as I am blowing right from the start. Indeed, I think the only thing I can utter in the first part of the climb is that it is steep!

The road condition wasn't great in the early part of the time - and with the traffic, you are forced more into the holes as you can't use as much of the road. 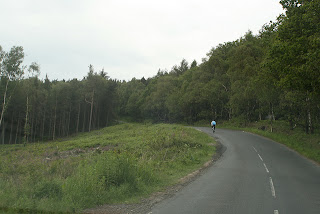 After the initial hard work, you are rewarded with it flattening out a little bit - not too much, but just enough to give the burning legs a bit of a rest.

I think I comment on the number of boy racers at one point - I think really that I have just been spoilt by the number of beautiful climbs I have done and the relative lack of traffic on them.

Those thoughts were punctured by a steep left hander which I dragged myself up and around. There were cracking views back into the valley and worth craning your neck around for. Again, the road flattened a little (which was welcome) and then you hit the final climb up (which isn't too brutal, but certainly hard enough especially given what you've just done. 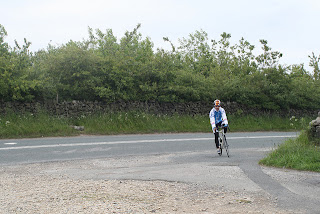 Nice to finish in woodland as well - a lot of the climbs recently have taken you out of tree level and you finish on moorland - this one kept you in the tree level. 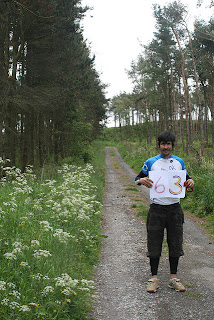