Ah - Shibden Wall - also known as Lee Lane.
I really enjoyed this one. 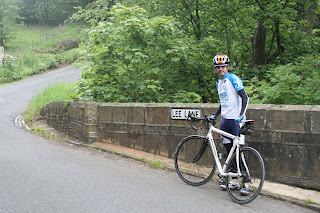 It didn't start off too brutal - nice smooth tarmac road through woodland. Quite a narrow little track, but it ramped up to 17% right away and got me panting hard for the camera. Narrow enough to make it a bit of a squeeze with cars coming the other way! 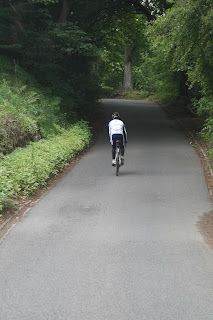 Then, after a couple of minutes, it became evident why it was an 8/10 ride and why I enjoyed it so much - because of the cobbles! Starting after about 2.30 you can see when I hit them as the camera starts bobbling around and when a car comes the other way you can hear the drum roll of its tyres coming down. 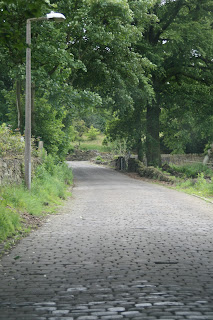 Initially in pretty good nick, the climb wasn't also too steep and although I started bobbling around, I was coping ok - but then there was a steep right hand band where the gradient went up massively - and the same with a steep left hander which I hauled myself through (and didn't go right on the inside as that was TOO steep!) 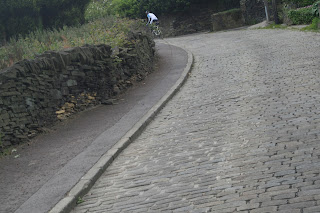 The road surface seemed to deteriorate a little and as I reached the top, my speed had dropped and my legs were burning and it felt like I was being joggled all over the place. The climb then finally ramped up one last time and even my arms were aching.

The bike wheel kept on trying to disappear down cracks and I was using every ounce of energy to get up it. 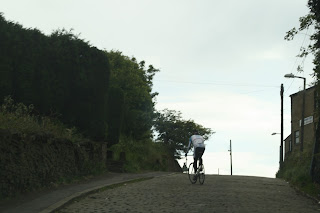 As you can see - it looks as though I came to a complete stop - but I managed to get up there ok. 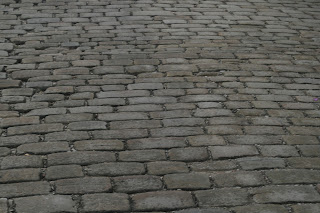 These were the offending cobbles - but I felt brilliant when I got up the top!