York's Hill was properly hilarious. Not too far away from the previous hill, I got to it by enjoying a really long downhill from the top of Ide Hill. A nice contrast to the climb I was going to have to do. Oh - be careful in the villages round here - a nice old gent pulled right across me as I was pootling along, despite me urging him not to!﻿ 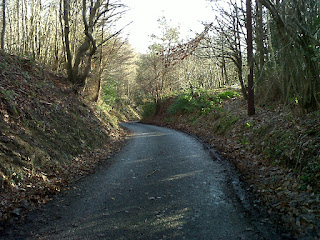 York's Hill was pretty steep and sharp from the start - Simon only gives this climb a 6, so I wasn't really prepared for the horrors that would lie ahead! At the start it doesn't seem too bad - steep, with steep banks either side, it was really quite pretty! 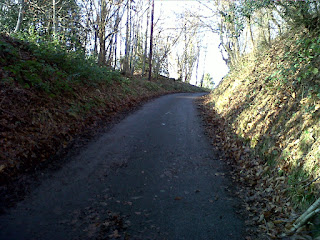 I mean - definitely steep enough, but nothing too horrific - however Simon had mentioned that this was a climb where the road surface could prove challenging. 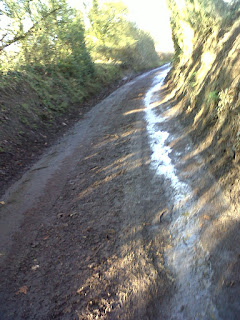 He wasn't wrong. At the top of the climb where the gradient was ramping up to 20%, not only was the road crumbling underneath, but the road was covered in mud, leaves and sticks. Trying to pick a clean path through was a nightmare,  as was stopping the bike wheels from slipping and sliding on the covered road. 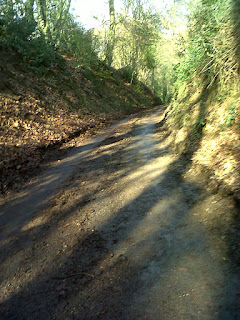 All this at a 20% gradient - and, right at the very end with the added pressure of a car following me up. There was nowhere for him to overtake, there was noway I could pull over and let him pass, so he had the "pleasure" of watching me, very unsteadily, make my way to the top.
VERY hard work!