So this morning, I got up at 6am and headed into Richmond Park. There I did the London Dynamo Richmond Park 10.4 mile Time Trial round the park - it is a great event, run by a local cycling club, it kicks off before most of the traffic is allowed into the Park, so you get a chance to set a real flying time for a route in the park. I was pleased as I managed to set a new "best" time and it was time to ride out and do some more hills. 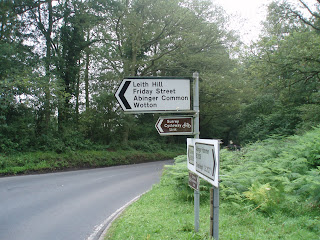 I was happy to be joined by a friend, but also a little concerned as said friend of mine, Dave, had agreed to ride out into the Surrey Hills with me and "show" me to Leith Hill and White Downs. I was a little worried as Dave has turned himself into a handy rider. 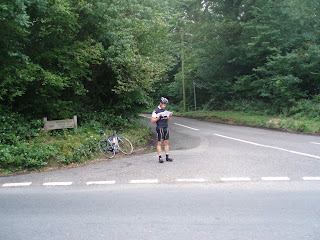 Here he is showing his "handy" map reading skills. He has come from a general sporty background and through triathlons has concentrated on cycling. He finished 5th in the recent Etape Caledonia (which is a big closed roads ride in Scotland), had recently got back from a recce in the Alps where he was preparing for the Marmotte (a massive sportive up some mountains in France! Incidentally - he came 136th out of over 6000 people - he thinks he was the first Aussie!) 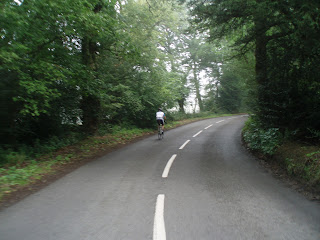 I was therefore v worried about keeping up! 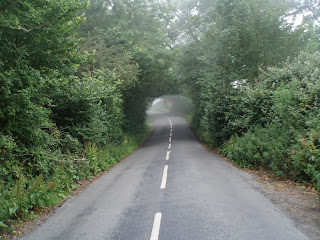 Leith Hill is one of those typical Surrey Hills. It doesn't last terribly long, it isn't horrifically steep, but it is a good challenge all the same. The road conditions are never brilliant, they are pretty hard growing and riding up through woodland, where you don't get a view and perspective of what you are doing can make things feel harder! It was good to do it - if somewhat dispiriting to see Dave sprinting past me every now and then to live up to his cameraman job title!
Youtube here: http://www.youtube.com/watch?v=CfDgkPb2L38&feature=g-upl&context=G26c2629AUAAAAAAAAAA
Flickr here: http://www.flickr.com/photos/100hillsforgeorge/sets/72157628721071637/
Garmin data here: http://connect.garmin.com/activity/95101586
Posted by mroli at 14:42