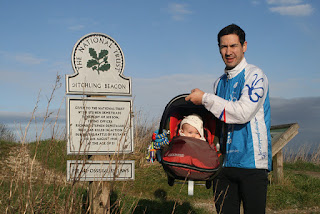 Ditchling was an odd climb. It is famed throughout the land (well the South east of England anyway) as a real killer on the London to Brighton charity ride. Apparently it has forced more cyclists off their bikes than any other hill in the country as it is the final sting in the tale of that climb. I have heard that a lot of cyclists have to get off because of the number of cyclists on the road though! 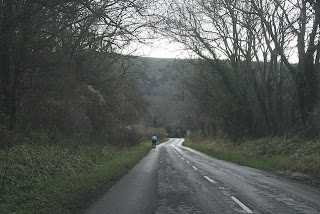 Funny, because I had heard so much about this climb, in my head I always pictured it as a wide straight road heading up, uncovered and unprotected over a large duney type lump into Brighton. Funnily enough, I was wrong and this wasn't how the climb was at all!

Rather you start on the outskirts of Ditchling and seem to skirt along the outside of a hill, banking left and climbing up, initially with a lot of trees covering the climb and then, over the level of tree cover, still skirting around the hill - climbing it with stealth rather than an all out attack. 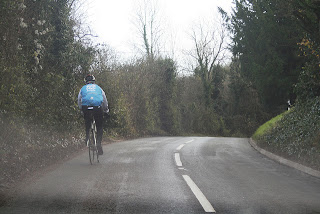 You then get a view to the East, but you turn back into the hill and finish off the climb with a little bit more steepness and through more trees. 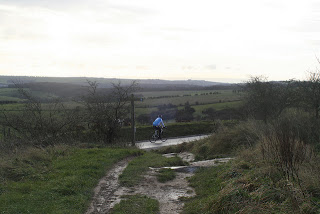 Again  - lovely views from the top, even if my ideal of climbing Ditchling on a blazing hot summers day, followed by a downhill wheel and a jump into the sea never came about!

One more hill to do and that was all the "out of the way" South East climbs done.