Apparently (according to my knowledgeable Father-in-law), Dover's Hill is the site of the Cotswold Olympick games and is also the site of the cheese rolling extravaganza.﻿ 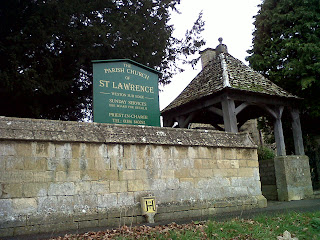 The climb starts in Weston-sub-Edge - I had done a blast around the Cotswolds beforehand to enjoy some nice riding (starting in Chipping Campden) and had forgotten that the Cotswolds can be (in places) quite lumpy. Weston-sub-Edge was a really pretty little village - but there was a fairly new build house on the right hand side as you left the village. I think it must have been built out of Cotswold stone, but it was so new that it was kind of a fluorescent yellow! It looked very odd - I guess that it will probably "age", but look at the Flickr page to see how odd it looks! 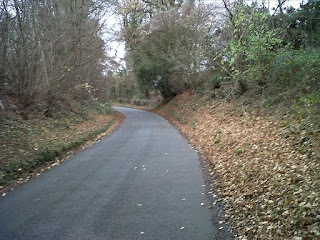 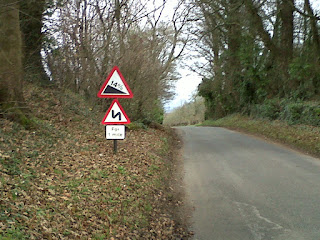 14% was probably about right - i don't remember it getting much steeper than this - I know that there are steeper hills about (even in the Cotswolds), but this was certainly a very nice climb. 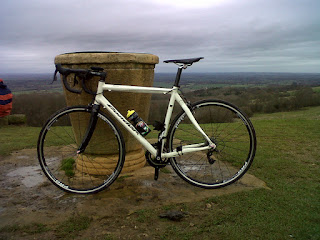 At the top, there was a little car park and a short walk away was a big stone urn with a (copper?) map type thing on the top of it. There were fantastic views and a lot of walkers out there, having a cup of tea, drinking in the views and catching up on last night's tv. It was clear to me that there was only going to be one winner of strictly come dancing given the support that Harry had in the Cotswolds! 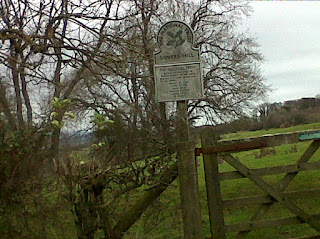 Nice to have a climb with an easy to find end as well!