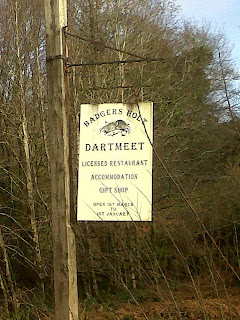 Dartmeet was on the same road as Rundlestone and I pinned my ears back and enjoyed being back on the bike for the first time in a while. The road was the definition of rolling – at one point you’d be hammering down a hill at 40mph (obeying the speed limit through Dartmoor – obviously!) and then you’d be trying to get up the other side of the hill, desperately trying to hold on to your momentum and not change gear!

I was thinking as I rolled along how fantastic a bike race would be through Dartmoor – then I realised that one of the reasons it was so enjoyable was that because the wind was behind me – so I was getting a nice helping hand! Also, even though it was a Saturday, it was early January and therefore not that many people were out – so not much traffic. All though I did see a fair few cyclists. 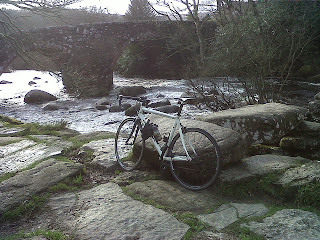 I reckon if you ride around Dartmoor, you’d end up a pretty strong rider pretty quickly – there isn’t much that it is flat round there – that’s for sure!
Dartmeet is a short and very sharp climb – staring (presumably?) on the river Dart at Badger’s Holt (where some crazy people were in kayaks), you start climbing up a steep hill straight away and keep going for 9 minutes and then get off your bike quite tired! I was regretting bombing along the road previously (should have saved some energy) right from the get go. 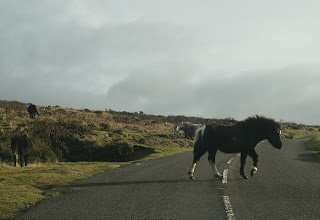 I was also paying for the amount of food I have been eating – I guess this is payback right now!
The climb was beautiful though – even I could look across the moor as I suffered and respect the beauty and wildness of it all – a really lovely landscape. It was incredibly windy when I got to the top of this climb – for the first time today I felt cold – although the dog had a lovely play chasing sticks I was throwing down the hill – easiest way to exercise him! 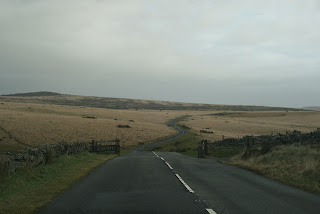